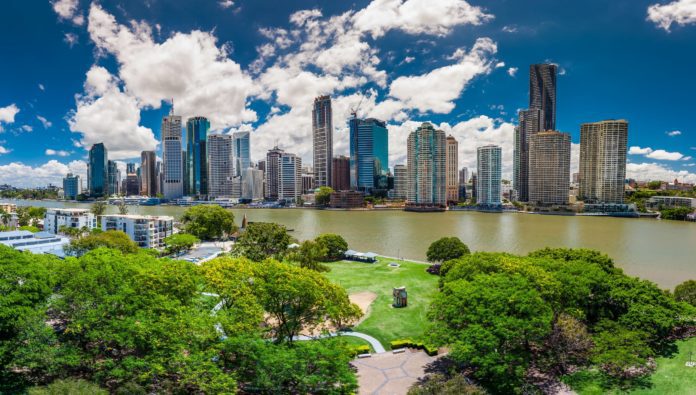 The countdown to the Olympics has begun, and Brisbane is gearing up for a boom!

As excitement builds for the games, property prices in some of Brisbane’s most popular suburbs are set to skyrocket. If you’re looking for an investment opportunity or just want to get ahead of the rush, these are the suburbs experts are predicting to boom.

Keep in mind these are predictions only. Talk to a property expert for personalised investment advice.

New Farm has been on the up and up for years now.

A combination of its prime location and its trendy, vibrant atmosphere has made it one of Brisbane’s most popular suburbs. And with the Olympics coming to town, prices are only going to go up.

It’s a suburb in high demand. The current median house price according to realestate.com.au is $2.15 million.

If you’re looking for a family-friendly suburb with plenty of culture and character, Paddington is the place for you. With beautiful Queenslander homes and a thriving art and restaurant scene, Paddington is another sought-after suburb.

The development of Brisbane Live is also expected to play a role in the suburb’s upcoming boom. The new entertainment arena is just a few km from Paddington and experts predict this will play a role in rising property prices for the suburb.

The current median house price according to realestate.com.au is just over $1.5 million.

Northshore Hamilton is set to be the site for the Brisbane 2032 Olympic athlete’s village.

As such, the suburb is undergoing some seriously spectacular transformations. Hamilton has already grown to be one of Brisbane’s most prestigious suburbs, with high-end apartments and modern townhouses popping up all over the place.

This, combined with an emphasis on development and further improvement in the lead-up to the Olympics, will likely make Hamilton one of the most desirable areas in Brisbane.

The current median house price according to realestate.com.au is just under $1.6 million.

Just south of the CBD you’ll find Dutton Park – another suburb that’s set for big things in the lead-up to the Olympics. Dutton Park is already a highly sought-after suburb, thanks to its close proximity to the city and leafy, green spaces.

Due to this development and the upcoming games, the suburb is expected to get some favourable investment and new infrastructure in the coming years.

The current median house price according to realestate.com.au is $1.27 million.

Of all the suburbs set to boom with the Olympics, Woolloongabba will likely be the most directly affected.

As The Gabba will become the main home of the 2032 Olympics, including the opening and closing ceremonies, investment in the suburb is expected to increase significantly. The stadium alone is getting a $1 billion facelift.

Woolloongabba also has ample transport links, making it an attractive option for those who want to be close to the action but don’t want to live in the city.

The current median house price according to realestate.com.au is $1.19 million.