More than just a slab of asphalt

More than just a slab of asphalt, the runway is the largest aviation construction project in the country. The runway is 3.3 kilometres long, 60 metres wide, and has 12 kilometres of taxiways. The runway site is more than twice the size of Brisbane CBD.

Virgin Australia had the honour of the historic first departure. BNE’s home carrier was headed to Cairns in celebration of Brisbane’s deep connection with the regions and Queensland’s tourism industry.

It was an historic event with Brisbane Airport Corporation’s Chief Executive Gert-Jan de Graaff taking pride in the potential of the runway.

“This is more than just a formality and a slab of very expensive asphalt. When I look at that 3.3 kilometre stretch of runway, I see hope,” Mr de Graaff said

“I see hope because I believe, absolutely, that travel is at the heart of modern society and the human need to explore means that ultimately nothing will keep us grounded forever.”

“While current world challenges mean less demand right now, the timing of this opening is fortuitous. Had we been any later, the project may have been delayed significantly creating more burden on the economy and dampening our spirits further. “

An historic and meaningful event

“Instead Brisbane is an ideal position to take advantage of all opportunities on the road to recovery from COVID.”

The project has been actively under development since 2012 and Mr de Graaff took pride in appreciating everyone involved.

“Today we are making history. We are creating the future. And very soon, once again, we will be connecting the world. “

“I acknowledge and thank every one of the thousands of people involved in the project.”

“From those 50 years ago, who had the foresight to include this runway in their planning, to those involved in the design and construction over the last two decades.” “This runway is your legacy. You should be incredibly proud,” Mr de Graaff said. 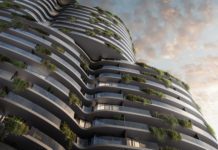 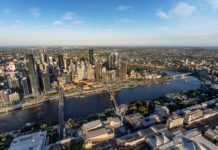