MyBrisbane
Home Things To Do Queensland Theatre announces 2021 Season as the stage curtains open once again!
Things To Do 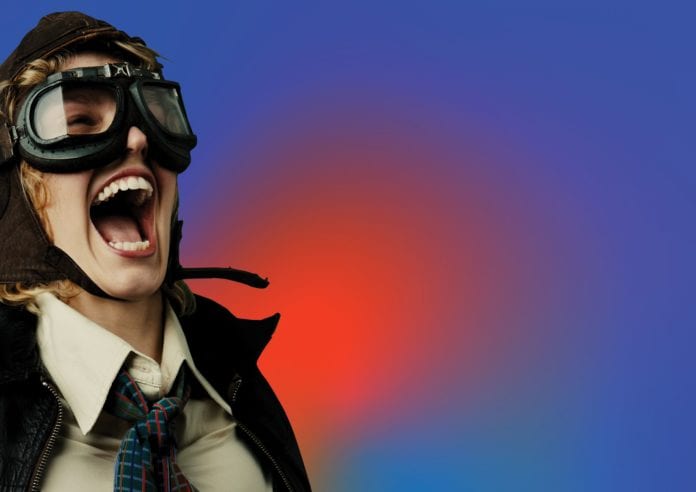 The stage lights have been turned back on, the curtains have been reopened, the foyer is buzzing, the sets have been prepared, the costumes have been steamed, and the actors have gathered in the green room once again as Queensland Theatre makes its return!

After a tumultuous year, Queensland Theatre’s 2021 Season is the new and exciting adventure that we are all in need of. Artistic Director Lee Lewis and Queensland Theatre are set to bring the house down with their bold program for 2021 that will see four world premieres take the stage, including the much-anticipated presentation of Trent Dalton’s Boy Swallows Universe.

“This year, we have all learned how much we need theatre. Thank you for staying with us through this dark age. We cannot wait to turn the lights back on in our theatres in 2021,” says Lewis. The 2021 Season is set to host: Our Town, Triple X, Taming of the Shrew, White Pearl, Prima Facie, Trent Dalton’s Boy Swallows Universe, Return to the Dirt, and Robyn Archer: An Australian Songbook!

The 2021 Season opens on January 30 with the Pulitzer Prize-winning, Our Town, by Thornton Wilder and directed by Lee Lewis. “I think Our Town is the most beautiful play to come back to the theatre with after a long time of darkness…It’s an extraordinary reminder that it’s the small things in life that matter in the face of big tragedy,” explains Lewis.

Next to grace the Bille Brown Theatre stage is the world premiere of Triple X, directed by Paige Rattray and written and lead by Australian-born, New York-based playwright, comedienne and performer Glace Chase. Triple X is a hilarious, honest and an emotionally affecting look at entitlement, hypocrisy and the realities of true love in the 21st century.

In May, the Compay is set to present their first Shakespeare in the Bille Brown Theatre, Taming of the Shrew, directed by Damien Ryan. “With a sprinkle of old-time movie magic, this classic love story is transported to 1920’s Italy,” explains Lewis, “This may not be the Shrew that you were expecting, but it will be an irresistible night in the theatre filled with glamour, romance, song, and laughter.”

Gracing the Bille Brown Theatre for four weeks is the Griffith Award-winning, Prima Facie, by playwright Suzie Miller and directed by Lee Lewis. An urgent, gripping one-woman show which mounts to an irresistible call for change through its powerful story of a defence barrister who finds herself on the wrong side of the system.

Then from August, one of the most anticipated events of the year, the world premiere stage production of Trent Dalton’s wildly successful novel Boy Swallows Universe. Adapted by Tim McGarry and directed by Sam Strong, the play will bring 1980’s Brisbane unforgettably to life. “In exciting news, the role of Eli Bell will be performed by Joe Klocek in this once-in-a-lifetime role at the Playhouse. It’s a wonderful reflection of the pathways open to young artists,” explains Lewis.

Immediately following is another world premiere, the first staging of the Queensland Premier’s Drama Award-winning play, Return to the Dirt, written and starred by Steve Pirie. Set in a funeral home in Toowoomba, the play is an honest and surprisingly uplifting invitation to start conversations that we try to avoid. “With respect, wit and a nod to pop-culture, Steve takes us on a journey that celebrates finding your place in the world, the power of personal redemption and humility in the face of the big questions,” says director Lewis.

For the cracking finale of the 2021 Season is a very special theatre experience, the world premiere of Robyn Archer: An Australian Songbook, commissioned by Queensland Theatre for an exclusive, strictly limited season in the Bille Brown Theatre, and available only for subscribers.

A trio of Australia’s finest musical artists will join Robyn to transform the Bille Brown Theatre into a cabaret stage: piano accordion virtuoso George Butrumlis, actor and multi-instrumentalist Cameron Goodall of The Audreys on guitar, and composer Enio Pozzebon on keyboards.

With an absolutely show-stopping line-up from some of Australia’s most talented directors, writers, and actors, the 2021 Season is set to the perfect comeback for Queensland Theatre. Be sure to get in early! With theatre capacity reduced to 50% in 2021 due to COVID-19 restrictions. Season Ticket holders get the best available seats before single tickets go on sale to the public, you can click here to secure your season ticket today!

Looking for more fun things to do in Brisbane? Check out our list of 25 of Brisbane’s best dog-friendly bars where you can enjoy a drink with your dog!

Strap on your dancing shoes and gather your party pals because The Valley Fiesta is back baby! From Thursday 19 - Sunday...
Read more
22,979FansLike
103,143FollowersFollow
2,954FollowersFollow