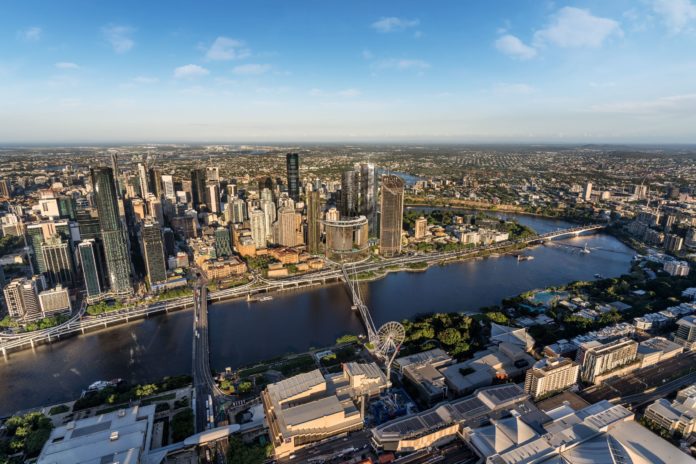 One of the most exciting aspects of this development is the upcoming release of Queen’s Wharf Tower. YPM Group, the team behind this project, has announced Tower sales are set to be released in April 2022.

This tower will be the tallest building in the Queen’s Wharf precinct and will offer luxurious apartments with stunning views of the city.

At 71 stories, the building will rival some of Brisbane’s largest buildings including Soleil and Aurora, and become the 6th tallest in the city.

819 apartments will be available in the Tower. However, if the success of its predecessor, Queen’s Wharf Residences, is anything to go by they’ll be in high demand.

The Residences broke Queensland sales records when they were released in 2020, with the majority sold in just the first eight weeks. They are now completely sold out, with potential buyers that were waitlisted already being contacted for Queen’s Wharf Tower opportunities.

A mix of one to three-bedroom apartments will be available in the Tower, and a limited number of penthouse suites available on the top floor.

The apartment prices will start at an attractive $585,000. Those with their eyes on the penthouse suites can expect to pay closer to $6.4m.

Residents of Queen’s Wharf Tower will be neighboured by the much-anticipated luxury amenities of the precinct. These include an array of luxury retailers, revitalized public space, luxury hotels, and a new casino.

Over fifty new bars and restaurants will open in the precinct. Carefully designed public spaces will make up the equivalent of 12 football fields, making Queen’s Wharf a must-visit lifestyle and leisure destination.

The precinct itself spills into and integrates with the already lively scene that is Brisbane city. As part of the project, nine heritage-listed buildings are being carefully restored and will host an array of eateries and shops.

Construction of the precinct began in 2019, with the core of the development expected to open in the first half of 2023. The project as a whole totals over $3.6 billion.

Four towers are to be constructed prior to the end of 2024, including Queen’s Wharf Tower. Another two have already been approved with construction timing yet to be decided.

In early 2020, Destination Brisbane Consortium opened the Queen’s Wharf Brisbane Visitor Centre. The centre gives residents an opportunity to experience the development for themselves and is located on the corner of George and Alice street in the city.