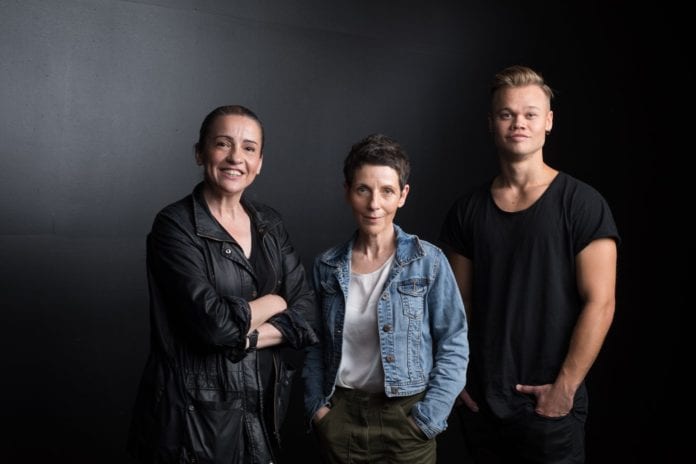 A cliff. Night. A woman stands on the edge. Her dreams crumble around her. But this ledge belongs to Declan. It is his only safe space. She’s trespassing. They should never have met.

Mouthpiece is a bold collision of class, privilege, and power. Libby is a woman who has wasted her opportunities, while Declan is a young man who will never be offered any. He has a story, and she has the voice to tell it… but does she have the right to? When does inspiration become theft?

Mouthpiece, the winner of the 2019 Carol Tambor Best of Edinburgh Award, is taking the Playhouse Theatre by storm from 31 October – 14 November 2020 and is a gripping performance that isn’t to be missed. Stage luminary Christen O’Leary and Jayden Popik bring writer, Kieren Hurley, and director, Lee Lewis’ image to life. Mouthpiece looks theatre squarely in the face, and challenges audiences to question the kinds of stories told and the power of the people who get to tell them.

“We are starting with a simple story, magnificently crafted by a talented playwright, brought to life by two extraordinary actors. What could be better?” says Artistic Director Lee Lewis. The story may be political, but the play is all human. If you think you’ve seen the story of the power of unlikely friendships before, Mouthpiece is way ahead of you.

“From its startling opening, through to its final devastating showdown, this remarkable play invites us to probe where the lines should be drawn. It’s very funny, very moving and will have your head spinning with the knotty ethical issues it provokes long after you leave the theatre,”  explains Lewis.

Stage luminary and Queensland Theatre veteran, Christin O’Leary, is joined Jayden Popik as he makes his Queensland Theatre debut, playing Declan. He hails from up Townsville way but has been working in Melbourne for the last few years and made it across the border just before it closed, right in time to bring the character of troubled-teen Declan to life. Lewis said Queensland’s first lady of the stage, Christen O’Leary will bare her theatre soul in the role of Libby as the play asks ‘why do we make theatre at all’?

Mouthpiece is part of Queensland’s Own program, showcasing the state’s major performing arts companies at QPAC, and is funded through the Queensland Government’s $22.5 million two-year Arts and Cultural Recovery Package.

Strap on your dancing shoes and gather your party pals because The Valley Fiesta is back baby! From Thursday 19 - Sunday...
Read more
22,921FansLike
103,143FollowersFollow
2,948FollowersFollow