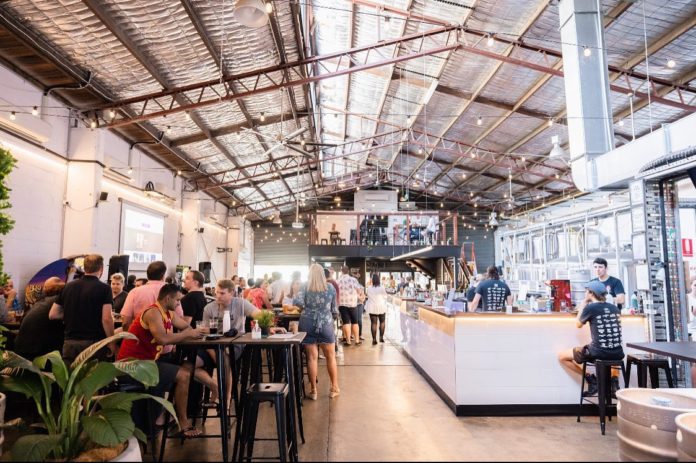 Melbourne may have infinite laneways, and Sydney has their Harbour, but do you know what Brisbane has?

We’ve tracked down the best breweries and microbreweries in Brisbane for craft beer where you can sit down for a pint (or two).

If you live in or around Milton you’ll no doubt be familiar with the institution that is Milton Common. Their craft beer bar doubles as a microbrewery for their own “Common Ground Brewing”.

Despite the name, Common Ground is anything but common. These guys are known for frequently collaborating with other independent brewers around Australia on some truly unique – and usually limited-edition – beers.

Their offering includes things like the “Pullman Porter”, the “Dark Knight Stout” and their “Simply The Zest Sour”.

If the name didn’t give it away we don’t know what will. These guys seriously embrace their local roots, and you’ll see (taste) it across their beer line-up.

Every Wednesday the Brisbane Brewing team releases a new and limited beer, and you’ll just have to take our word they’ve had some truly sensational ones in the past.

Their core range comprises an IPA, Pale Ale and Session Ale if you want to fall back on an old faithful.

Black Hops got their start on the Gold Coast, but most recently they’ve opened the doors to their East Brisbane taproom and microbrewery.

With multiple awards under their belt (2018 AIBA Champion Small Brewery, 2019 & 2021 RGFWS Champion Brewery) and their beer stocked in more than 2,000 venues across Australia, you know they’re onto a good thing.

They’ve got 16 taps on the go in their venue, open Wednesday through Sunday. You can grab a bite from local food trucks each Friday, Saturday, and Sunday.

Valley Hops Brewing is a microbrewery located in Fortitude Valley. More specifically, you’ll find them atop one of Brisbane’s most popular nightclubs, Cloudland.

As far as time on the scene goes, Valley Hops is a wee beb, having just opened their doors in November 2021. That’s certainly not to discount them. These guys have been churning out some of the most drinkable beers in Brisbane, with an incredible location to boot.

Rooftop cocktails are cool, but just wait until you sink a rooftop beer. Pair it with a wood-fired pizza and you’re golden.

The Green Beacon Brewing Co is one of Brisbane’s original craft breweries, and it’s still going strong today. Their Helen Street location has an onsite brewery, and you’ll find local favourite food trucks regularly outside the venue for when you get peckish.

Green Beacon have been brewing beer since 2013, and have racked up a bunch of awards along the way (including being recognised as a Champion Small Brewery at the Australian International Beer Awards three years in a row!)

Newstead Brewing Co has been around since 2013. You’ve almost certainly seen their taps and tins gracing one of your local pubs at some point or another.

They have two brewing locations: one in Newstead, and another nestled next to the iconic XXXX Brewery.

Make sure you hit up their Newstead location (sometimes affectionately referred to as “Oldstead”) for their award-winning beers and seriously impressive food menu.

Just get in quick on the weekends. It’s no secret among locals and this place can get seriously packed – try their beer and you’ll see why.

The first craft brewery to set up shop in Kangaroo Point, we’re not sure what to go for first: their nine tap beers (all brewed on premises, of course) or their seriously mouthwatering menu.

Sea Legs serve some seriously laid-back vibes, and four-legged friends are welcome outside.

Located in West End, The Catchment Brewing Co is an independently owned and operated microbrewery and restaurant. They’re known for their quality beer, as well as their delicious food menu!

Their taps are frequently rotating but you’ll find their core range (an IPA, Session Ale, Pale Ale and Lager) on tap to always fall back on.

You can even book in for a brewery tour (we recommend this prior to the beers to get the most out of it!)

This was what we can only assume the attitude was when Revel Brewing Co opened their brewery and pizza restaurant.

Their founder chose the iconic Bulimba location for its historic craft beer-brewing roots. Since they opened they’ve won a series of awards, including the Indies “Best New Brewery” in 2018.

They’ve since expanded into a second Morningside location.

Easy Times Brewing Co are all about quality beer, good times and a laid-back atmosphere.

It’s no wonder they’ve quickly become a popular hangout for locals in Woolloongabba and South Brisbane. As a microbrewery they don’t have the luxury of brewing a plethora of beers at any given time, so you can bet what is in the kegs has gone through a pretty serious vetting process.

They also have a Mexican menu full of quesadillas, nachos, and of course tacos.

You’d be hard-pressed to find a better view of Brisbane than at Felons Brewing Co.

Located right on the Brisbane River at the Howard Smith Wharves development, Felons offers uninterrupted views of the CBD and Story Bridge.

Their Brewery and Barrel Hall are huge, but you’ll still find this popular joint packed out on weekends.

Their food menu is just as large, and includes everything from wood-fired pizzas to share plates.

Have we missed your favourite brewery? Let us know at editor@mybrisbane.com