Brisbane Lions have gone from bottom of the ladder to their first finals appearance in a decade. Lions insider, Media professional Courtney McDonnell, gives us behind the scenes insight on the club’s five biggest turning points in recent history.

For six years I’ve been part of the Brisbane Lions journey, working in the Club’s Digital Content team.

In those six years, I’ve seen some of our highest highs and lowest lows.

I’ve spent long nights in the office after some of our worst losses, monitoring all the comments on social media – to being a part of the group that brought together the Club’s first Finals campaign in 10 years.

Reflecting on these six years there are five games that stand out to me as turning points for our Club.

I’m not a writer by any means, but today I’m going to look back on those matches, and I’ve also included some never-before-seen content from our files.

Thinking back on all the games I’ve seen, to me, this one sticks out as our first big turning point.

I remember the week leading into this match reading that it was going to be a “routine win” for Essendon while we sat bottom of the ladder.

To go to Melbourne and upset a big club, who were the clear favourites, was an incredible feat for a Club that was in our position.

I’ll never forget the commentary after the siren went. “How sweet the taste of victory for Chris Fagan” – Not just for Chris, but for the entire Club and all of our fans.

We knew internally at the Club that we were heading in the right direction; it just took a few wins like this for others to recognise it.

Finally, we had hope and could see some light at the end of the tunnel.

The start of 2018 was pretty rough. We hadn’t won a game going into Round 9 and most people didn’t think we were going to get it that weekend either.

I remember getting to the Gabba before this game and for some reason just thinking, we need to document everything today! Luckily we did.

At half time, the energy inside the Gabba just shifted. All of a sudden you could feel the team lifting to another level.

The cheer around the Gabba when Matt Eagles snapped his first AFL goal is something I’ll never forget. It was a fairytale night.

I can tell you now, the rooms after this game were the happiest I’d ever seen in my whole time at the club!

Fages doesn’t always show a lot of emotion in post-game meetings, and this one was no different.

He played it very cool, but you could just tell in the way he spoke and the look in his eyes how proud he was of the group.

It was far from a Premiership, but it was one very big step in the right direction and will forever be one of my favourite games.

Internally at the Club, for a number of years we’d all felt the tide starting to turn for us. While we weren’t getting heaps of wins, I remember going into this season feeling different.

On Saturday night, Round 1 at the Gabba, we proved it.

A complete turnaround from the previous season, 2019 could not have gotten off to a better start – defeating the Premiers in Round 1 was something we would’ve only dreamed of a few years ago.

From the moment Charlie Cameron kicked a soccer-style, bicycle goal in the first quarter we all turned to each other and knew, we were on!

This was one of the most enjoyable games I’ve ever been at.

It had been a long time since we’d comfortably won a blockbuster game and to do it at the Gabba with the whole club and all our fans together was amazing.

Little did we know, it was only a glimpse of the exciting year we were about have.

A loss is just as big of a turning point for a club as a win and that’s exactly what this game was.

Carlton was, I think, bottom of the ladder at that point and we’d had the best start to a season in years.

Earlier that week Carlton had fired their Senior Coach and I remember talking to Zorks that morning about how AFL teams had a history of playing with extra fire after that had happened.

I still don’t know what went wrong that day, but it was definitely a wakeup call for everyone.

I said earlier that our win over the Hawks in 2019 was the happiest I’d seen everyone after a win, well this was the saddest.

The ironic thing is for years we’d been telling people to not underestimate us, and that’s exactly what happened that day.

Post-game Fages said to the group, “Losing is when you learn the most.” Luckily, they all learnt a lot and it kick-started a club-record winning streak after that.

Finally, the game we’d waited years for. A top of the table clash!

In my earlier years, after some of our worst losses, our digital team would sit around and talk about how one day it would be different. One day we’d be posting something after a win that sat us at the top of the ladder.

This was that game.

There’s a lot more to a football club than just the team. There are hundreds of admin and coaching staff working behind the scenes towards the same goal.

To us, this game meant everything! It was a culmination of years of hard work by everyone across the Club.

Words can’t describe how proud we all were of the team that day and how far they’d come.

This video sums it all up and just gets you right in the feels.

There’s still a long way for us to go, but I can’t wait to see where we go next.

What do you think? Are there any other games that stand out to you as turning points?

There is more behind the scenes on the original post here. 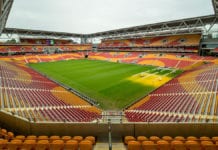 Getting Back to Normal: up to 10,000 Sports Fans to return this Weekend 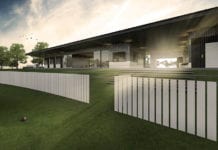