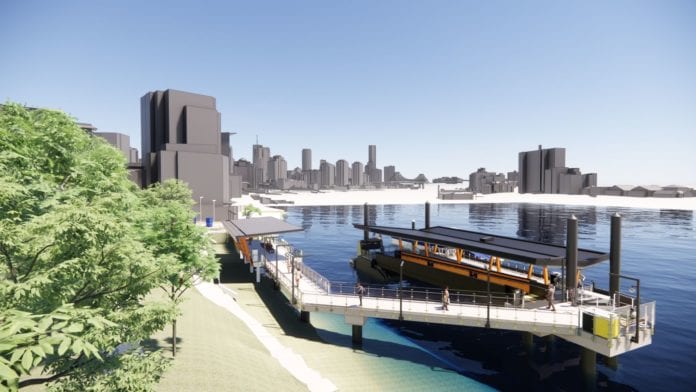 New terminals, new vessels and a new interim timetable have been announced for Brisbane’s ferry network, set to return on Sunday, November 15th.

Brisbane City Council cross-river ferry services are set to go ahead once again with the introduction of five new KittyCat vessels, after making the decision back in July to pull the eight timber city-hoppers from service amidst safety concerns.

Public and Active Transport Chair Ryan Murphy also announced today that Brisbane will receive two-terminal upgrades and an interim timetable for the new KittyCats, that will operate until the opening of the new 2021 Howard Smith Wharves terminal.

“These changes mean we can recommence services as soon as possible using the modern KittyCats until we have a better understanding of the repair timeframes for the wooden ferry fleet…We want to deliver a world-class network, but it needs to be reliable, safe and sustainable,” Cr Murphy said. The CityHopper and cross-river services are set to return next month, with Council saying the KittyCats will provide faster services than their previous wooden counterparts.

Council will invest $48.7 million over the next three years as part of the terminal upgrade project, including the Mowbray Park, Dockside, and South Bank terminals. These upgrades will boost flood resistance, ensure easier disability access, and cater for increased passenger demand. The upgrades will double the docking capacity at Mowbray Park while Dockside terminal will be upgraded to be able to service both KittyCats and CityCats

With a nod to the nearby Goodwill Bridge and the flow of the longest river in South East Queensland, Treasury Brisbane is...
Read more
News

Dine-In-Tin: a boxful of Brisbane dine-out inspo, with discounts

What if we told you there’s a new way to get your Brisbane dining tab down? Great right? Perfect for right now....
Read more
22,965FansLike
103,143FollowersFollow
2,823FollowersFollow