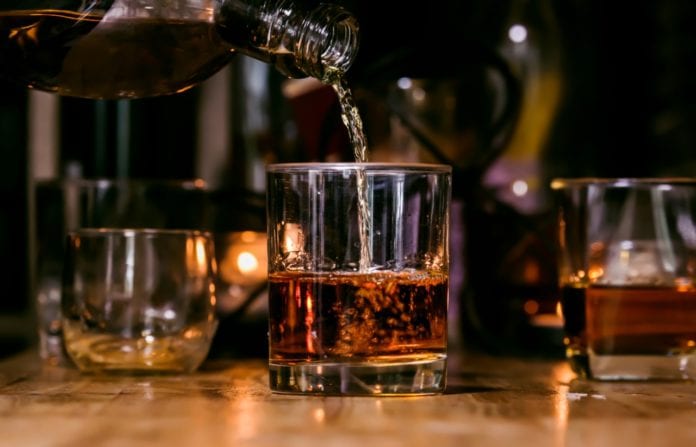 Take a seat under a glistening sea of lights as you travel through Bushmills’ journey of flavours at Pig ‘N’ Whistle Brunswick Street. Whiskey lovers are invited to sip on the sensational smokey flavours of Bushmills Irish Whiskey from 6-8pm Friday 13th November.

Internationally acclaimed and 400 years in the making, Bushmills offers some of the world’s oldest and most appreciated whiskeys. Pig ‘N’ Whistle Brunswick Street will be serving up four of their transitional whiskeys, including the extremely limited edition 2006 Vintage Single Malt finished in Marsala Cask at 47.2%.

Other whiskeys on the table will include Bushmills Blackbush, Bushmills 10yr Single Malt, and Sexton Irish Single Malt, enough to get whiskey-drinkers salivating. The team at Pig ‘N’ Whistle will also be serving cocktails upon arrival and carefully selected grazing platters to complement each of the tastings.

This one night whiskey wonder runs for just $45 per person, so click here to secure your spot today!

Looking for more places in Brisbane to get some liquor on your lips? Well grab your beer glasses, because a German inspired beer hall has just arrived at Howard Smith Wharves!

With all of the fun festivities of the silly season in full swing, we know how easy it can be to splurge...
Read more
Food & Drink

Get ready to pour it up, Brisbane because Warehouse 25 is here to lift your spirits as they open their distillery doors...
Read more
22,921FansLike
103,143FollowersFollow
2,948FollowersFollow