The Brisbane Festival 2020 program has dropped. Throughout September, Brisbane’s biggest ever concert will visit every single suburb (yes, really!) and boldly feature a Riverfire replacement.

It has been a tough couple of years for the Brisbane Festival. 2019 saw major ticketed events cancelled under duress of bushfires. Riverfire 2019 was under scrutiny for the same reason. Now, in a year where almost all major events have been cancelled, Brisbane Festival has been re-imagined, befitting the times we live in.

Brisbane Festival’s Artistic Director Louise Bezzina had just three months to re-craft the festival in the wake of COVID-19 sensibilities.

“Programming this year’s Festival was a bumpy ride but one that allowed us to stretch our imagination, redefine the expectations and experiences of an international arts festival and really shine a light on the rich seam of exceptional talent running through this city and this state,” Ms Bezzina said.

The most intriguing aspect of the just launched program is that Brisbane Festival 2020 will venture out from its inner-city stronghold into the suburbs. Which suburbs? All 190 of them.

“This is a fabulous opportunity for people to come together with their family and their neighbours, sit out on their driveway and their verandas and be entertained by a fantastic group of musicians,” Ms Bezzina said.

It’s a bold effort. Street Serenades will be the biggest (deconstructed) concert in Brisbane’s history, hitting the ‘burbs in the form of neighbourhood concerts, suburban symphonies, and park performances.

Local talent and jobs boost for an industry decimated

The Festival is pared back but still present a stunning assemblage of entertainment and talent. Running for three weeks (4 – 26 September), Brisbane Festival 2020 will see 490 performances across 91 events – 73 of which, are free.

There are 28 new works commissioned especially for Brisbane Festival 2020. with key performances at South Bank, Brisbane Powerhouse and Metro Arts, over 700 local artists will be employed, bolstering an industry that was decimated by COVID-19.

The popular fireworks display, which attracted half a million viewers last year, has also been re imagined.

Sunsuper Night Sky is a new large-scale laser, light and sound installation that will light up the Brisbane Skyline from rooftops across Brisbane every Friday and Saturday night during the festival. The spectacle will be visible from hundreds of vantage points across the city.

In place of the festival’s traditional finale, Riverfire, Sunsuper Night Sky will be cranked up and amped-up with an all-female soundtrack provided by Triple M Brisbane. The soundtrack will feature some of the biggest names in pop and rock.

Like Riverfire in years gone by, an aerobatics display by the ADF will feature on September 26, the final day of the festival. Spectators can expect and action-packed display four-hour display of flypasts featuring fast, heavy, and heritage aircraft. 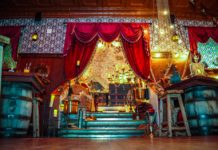 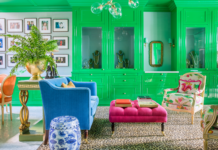 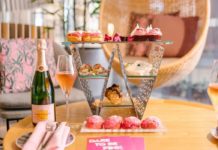