MyBrisbane
Home Things To Do Brace yourselves, Brisbane - It's going to be a RED HOT SUMMER...
Things To Do

Brace yourselves, Brisbane – It’s going to be a RED HOT SUMMER in 2021! 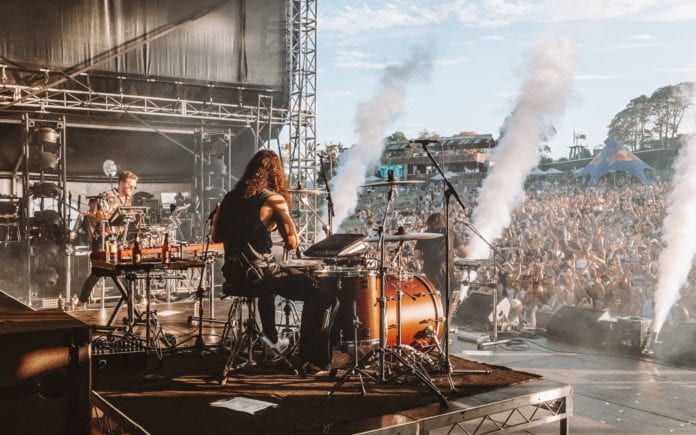 With live music returning to Brisbane and restrictions easing once again, we can’t think of a better way to celebrate that with a beer in your hand while watching Barnsey light up the Sandstone Point stage at sunset! You can catch Barnsey, Diesel, The Hoodoo Gurus, Jon Stevens, Vika & Linda, and Chris Cheney performing all of their greatest hits for one day and one day only – Saturday 1 May at the 2021 RED HOT SUMMER TOUR. Sandstone Point’s iconic waterfront stage is set to turn up to 11 with the star-studded all-Aussie lineup gracing the stage from 1 pm.

There is no doubt the 2021 RED HOT SUMMER TOUR will create some unforgettable memories. Jimmy Barnes says 2020 has created the longest gap between tours since he left Adelaide with Cold Chisel as a teenager. “It’s time to stop playing songs in my house and start heading back out on the road, I’m fired up and ready to go!”

The 2021 RED HOT SUMMER TOUR line-up hardly needs an introduction to audiences. Jimmy ‘Barnsey’ Barnes, the heart and soul of Australian rock ‘n’ roll is set to headline this celebration of Australian music. With 17 solo albums under his belt and a collective of 9 studio albums with Cold Chisel, it isn’t hard to see why Barnsey has taken the Australian rock scene by storm. He will be performing some of his greatest classics including Working Class Man, Driving Wheels, and Simply the Best. And we can guarantee his performance will be nothing short of simply the darn best!

Joining Barnsey on the Sandstone Point stage is one of Australia’s favourite country bands, Hoodoo Gurus. The Gurus’ fusion of distinct Aussie rock sound and notorious punk attitude is the reason that these guys have been a formidable force for the past 40 years. The Hoodoo Gurus are the team that we can thank for giving loud guitars a new lease on life, back when synthesisers ruled the airwaves back in the early ‘80s. The Gurus are set to transport you back to the good ol’ days with some of their greatest classics including What’s My Scene, Bittersweet, and My Girl. You can join these guys to celebrate their new album and 40th anniversary in 2021.

After a sell-out tour in 2019, Jon Stevens is ready to thrill audiences with his Noiseworks & INXS Collection performance, paying homage to the bands that helped cement him as Aussie rock royalty. With a career that spans more than four decades, Jon has a swag of solo hits to his name, as well as songs which have become all-time favourites from his time with bands Noiseworks, INXS and the Dead Daisies. His performance is set to feature hit after hit and have punters on their feet from start to finish.

Diesel will be bringing a spectacular show to the stage in 2021 with his Re-injected 30th Anniversary performance. It is hard to believe that it has been little over three decades since the release of his debut album Johnny Diesel and the Injectors. Since then Diesel has released a swag of albums and forged an impressive solo career. His 2021 show will revisit the essence of his classic sound, including hits such as Tip of My Tongue, Never Miss Your Water and Soul Revival.

Also joining the star-studded line-up is the soulful sister duo, Vika & Linda. This highly revered duo have had a successful year cementing their position on the ARIA charts with two of their albums taking out the #1 and #2 positions in 2020. As inductees in the Music Victoria Hall of Fame in 2019, they have been nominated for four ARIA awards, and have collaborated vocally on numerous #1 albums. It’s safe to say that these ladies will be bringing the house down with their RED HOT SUMMER TOUR performance in 2021.

Last, but certainly not least, is Australia’s most phenomenal guitarist and lead-singer of The Living End is the legend himself, Chris Cheney. With an international fan-base and eight studio albums under his belt, it isnt hard to see why Cheney has been touring the world for over three decades. He is set to perform some of his much loved classic including Second Solution, Prisoner of Society, All Torn Down, and Roll.

As George Harrison said in his song, Here Comes The Sun, ‘little darling, it’s been a long, cold, lonely winter’. It certainly has, but summers coming and we can promise you that when these Aussie legends hit the Sandstone Point stage in 2021, it’s going to be red hot! Tickets for the 2021 RED HOT SUMMER TOUR are on sale from 9 am Thursday 12th November 2020. Click here to secure your tickets before they run out!

Looking for more great places to enjoy live music in Brisbane? Check out The Tivoli’s Open Season this summer as live music returns to Brisbane.

Strap on your dancing shoes and gather your party pals because The Valley Fiesta is back baby! From Thursday 19 - Sunday...
Read more
22,979FansLike
103,143FollowersFollow
2,954FollowersFollow