Historic rebrand for cherished Brisbane station: Let’s face it, most of us still call Hit105 by its original name, B105. This hasn’t been lost on the branding boffins at the network as the popular Brisbane radio station goes back to the future as B105.

But that’s not the only change afoot. The Hit Network has today announced that it is bringing B105 back with a new look and new feel.

Retaining station favourite hosts, the network is keeping the RNB music that listeners love while adding more pop culture content. It’s a music offering that B105 says will deliver a feel great format.

Save us, radio’s Stav Davidson!

“Hit105 was launched in 2015 and we have since built the Hit Network to 50 stations nationally,” SCA’s Chief Content Officer, Dave Cameron, said.

“However, chaotic and crazy times such as these often drive a movement back to nostalgia, familiarity and comfort, and as such there has never been a better time to bring back the much-loved and trusted legendary radio brand B105 to Brisbane.”

“Our audience has great, passionate memories of B105 including being the home of some of Australia’s biggest and best radio shows over the years, and they’ll be hugely excited to have B105 back again, along with our successful breakfast show Stav, Abby and Matt. The network also introduces a new, emotive positioning line ‘Get that feeling’ which will bring its new ‘feel great’ music and show philosophy to life.”

For many, including the hosts, the change marks an historic occasion. For breakfast host Matty Acton it will be his first time on air for B105. Likewise for leading host Stav, his B105 tattoo will now be relevant again. 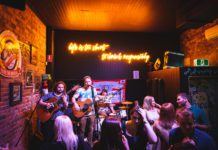 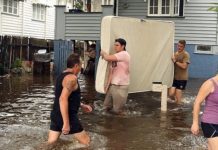 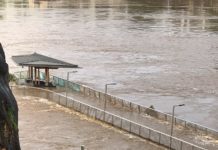 Have you been affected by the floods? We’ve compiled a list of resources designed to help