MyBrisbane
Home Things To Do An all-Aussie music festival is coming to Brisbane this November!
Things To Do

An all-Aussie music festival is coming to Brisbane this November! 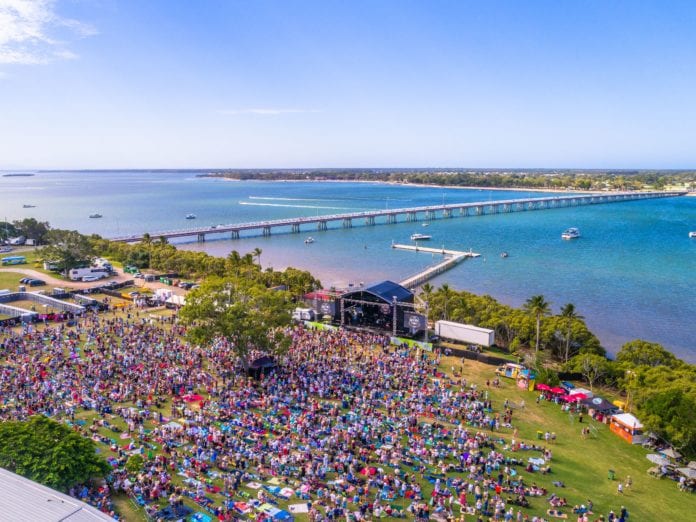 It has been a rough six months for the Australian music and entertainment industry, with many venues closing their doors and limiting capacities. However, with the announcement of outdoor events going up to a two square metre rule and the expansion of the border bubble, the live music industry is making its comeback baby!

Sandstone Point Hotel and Regional Touring are excited to breathe life back into the waterfront music venue with performances from Bernard Fanning, Matt Corby, Boy & Bear, Thelma Plum, and Tia Gostelow! This all Aussie line-up is set to hit the Sandstone Point Hotel stage on Saturday 21st November for an unforgettable evening. Hosted on Moreton Bay’s most iconic waterway, Pumicestone Passage, there is no better backdrop to celebrate one of Australia’s first concerts since COVID-19 began.

Headlining the Sandstone Point Hotel stage this November is multi-award winning and platinum selling artist, Bernard Fanning. With his solo career now spanning 15 years, Fanning is undoubtedly one of the most celebrated songwriters and lyricists on the Australian alternative-rock spectrum. Bernard’s signature voice will deliver beloved and timeless hits such as Wish You Well and Songbird along Sandstone Point Hotel’s stunning waterfront.

Making his debut at the iconic venue, Australian singer-songwriter Matt Corby will be bringing his indie-rock folk sound to the stage for one mesmerising performance. Since his commercial breakthrough in 2011, Corby’s gospel-like vocals and acoustic instrumental sound has sky-rocketed him to the top of the charts, receiving multiple ARIA and Song of the Year awards. Guests can expect to hear his iconic hit Brother, along with his more recent singles, Miracle Love and All Fired Up.

Joining Fanning and Corby on the waterfront stage is Australian 5-piece indie-folk band, Boy & Bear. These guys have had a cracking career since being catapulted into the international music industry back in 2009. Their unique sound, rich harmonies, and trademark warmth and charisma earned them a spot on the Top 10 Albums of the Year list as well as multiple international tours. These legends will be gracing the stage with some of their greatest hits such as Feeding Line, Bird of Paradise, and Bridges.

Brisbane-born Aboriginal pop queen, Thelma Plum will be bringing her sublime vocals to Sandstone Point Hotel for her much-anticipated concert. After the release of her debut album in 2009, Plum became an instant Aussie success with her album peaking at no.4 on the ARIA charts and later becoming the highest ranking Indigenous artist ever in Triple J’s Hottest 100 charts. Guests can expect to hear Plum’s melodic voice fill the green with hits such as Homecoming Queen, These Days and of course, Better in Blak.

Bringing her angelic vocals to the shoreline stage is Mackay-born Indigenous singer-songwriter, Tia Gostelow. After obtaining a Triple J album feature and Like a Version performance in 2018, Gostelow received notoriety across Brisbane and the globe. Supporting the likes of Ball Park Music and The Reubens, it’s no secret that this one-woman powerhouse is truly ingrained in the Australian music industry. Enjoy her hits Strangers and State of Art live and loud.

Head to the bay this November for an afternoon of glistening water-views, coastal sounds and live music in the sun. Tickets are expected to sell out fast, so be sure to get yours here! Pre-sale tickets will be available at 9am Monday 12th October and regular ticket sales will commence at 9am Tuesday 13th October.

Please be aware, due to current restrictions guests can stand to eat and drink but dancing is not permitted for the time being. These restrictions are subject to change before the concert date.

Looking for more live music events in Brisbane? Check out The Factory Summer Festival, coming to Brisbane this December!

Strap on your dancing shoes and gather your party pals because The Valley Fiesta is back baby! From Thursday 19 - Sunday...
Read more
22,965FansLike
103,143FollowersFollow
2,959FollowersFollow