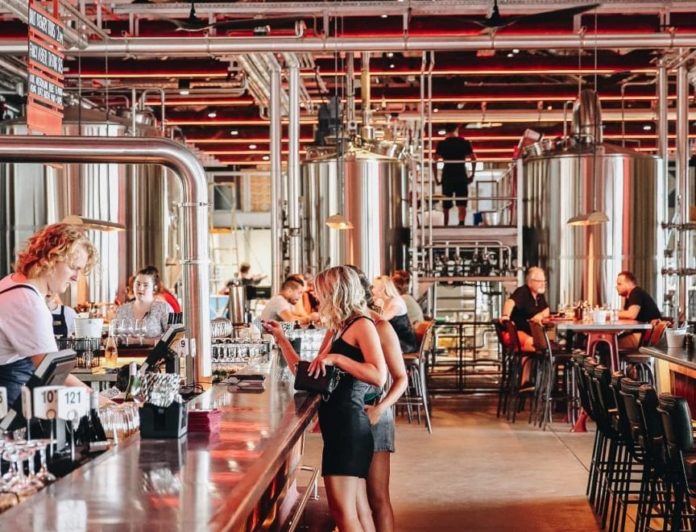 It’s no secret that Queensland is home to some of the most brilliant brewers of ale this side of the country. From the Macalister’s up in Cairns to our boys down in Burleigh, you’re hard pressed to not find quality brews made with local love. While Brisbane may not be one of the oldest players, our new-age attitude helps us produce beer that is getting international attention. Brisbane is home to some outstanding breweries, all which are a must-do experience for tourists and locals alike, so we’ve compiled a list of some of Brisbane’s best.

A classic experience, XXXX could be argued as the champion of Australian beer. The red and gold has long been associated with long cricket days and nights with mates, so why not head to the heart of Milton and see where it all started. While the brick factory exterior gives off its usual industrial glamour, the interior is the ideal place for entertaining guests. The XXXX lager still has its iconic malty charm that it’s always had, making it a go-to choice for many. Watching the fresh beer slosh down from the ceiling through the chilled pipes and into your glass is an experience all on its own and it sure won’t disappoint. If you want to see where it all started, this is your starting point.

BrewDog started out in a gritty, industrial estate in the frozen north of the UK and has since expanded over the seas, making a new home here in Brisbane. Resting comfortably by the riverside, their brand new complex is fitted out with an industrial punk vibe fitting the new warehouse district. However inside is where it truly gets crazy, with a wild selection of beers you are likely never to have heard of, from Imperial Porter to Milkshake DIPA. The BrewDog philosophy is all about getting people passionate about craft beer, and with their ever-evolving selection, BrewDog will always have something new for you to try. So, if you find yourself on the south side, come for a beer and a bite to eat. Whether it’s IPA with Ribs or a Pale Ale and Pizza combo, BrewDog is definitely not something you want to miss out on.

What was once a storage shed that sat on our riverbank has now been transformed into one of Brisbane’s most sort-after breweries. Felons Brewing Co gets its name from four actual felons who fled from Sydney in 1823. After finding themselves shipwrecked north of Moreton Island, they were later known as the first settlers to discover what we now call the Brisbane River. Felons’ brew is inspired by the freedom and ingenuity on this tale, so they focused solely on crafting beer popular during this century. Local ingredients are brewed and fermented to create the IPAs, lagers and pale ales that Felons is quickly becoming more well known for. While their range is not as expansive as other breweries, no one is doing the classics quite like Felons. Their food options are just as impressive, offering a variety of upscaled pub cuisine that will leave you wanting more. This is definitely a spot to check out if you’re a local!

Newstead Brewing Co offers what may be the most iconic range of new-age beer in Brisbane. The steel warehouse-turned-brewery offers seven timeless classic beers that have been refined to create an experience worthy of their reputation. From full bodied porters to their crisp golden lager, the people of Brisbane have really taken a shining to this home-grown legend. Whatever your beer of choice is, there is always something new for you to try. The white brick brewery helps accentuate Newstead’s industrial charm and offers a massive space where you enter through a roller door. And work clearly isn’t slowing down – Newstead Brewing Co has also recently opened a second brewery in on Castlemaine Street in Milton!

The new kid on the block is certainly making a splash. Sea Legs – a microbrewery in the heart of Kangaroo Point – has found its feet on land with its award winning range of craft beer. Now selling around town, their drinks are some on the most flavoursome to hit Brisbane, offering American diner inspired ales such as ‘Strawberry Milkshake’ and ‘Smoked Maple Ale.’ And don’t think the theme stops there! They also have quality diner food to help keep you happy. At Sea Legs Brewing Co., you’ll always leave satisfied.

West End is known for its vintage fashion and niche eateries, which is why Catchment Brewing Co is a perfect addition to the area. The West End brewery has a growing selection of craft beers, all dedicated to different times in the year. They just finished selling a Christmas themed IPA named ‘Bublé’ and now they’re onto ‘Citrio’, a summer-inspired ale! Catchment’s growing presence in the community is becoming more readily felt, as their brews continue to appear in bars and bottle shops. If you’re wanting to escape the hustle and bustle of West End at night, this is the place to come. The brewery is split up into several areas including a bar upstairs and a back-deck porch that will make you feel right at home. Is there a better way to spend a weekend? Oh, and just to top it off, Catchment offers brewery tours too.

Grant and Michelle Clark began producing beers as Brisbane Brewing Co in 2005, but they only introduced their own microbrewery and boutique bar in 2014 – and we’re glad they did. Since then, the bar has been awash with locals coming in to experience the classic Brisbane ales. The boutique craft beer brewery and bar is tucked away in West End and offers award winning craft beers that are brewed on site. With an interior as fantastic as their range of craft beers, this is a brewery you’ve got to check out. Oak bar stools and tables dot the interior and rest on the beautiful black and white tiles that give the venue its bohemian vibe. A glass panel covers the right wing of the bar and is the only thing separating you from the boys working with the fermenters and vessels. You’ve got to admit, it’s a great feature that adds to the wholesome feeling Brisbane Brewing Co exudes.

A niche brewery down a hidden laneway in Yeerongpilly, Slipstream is a must-visit for those who love the simple things in life. The converted warehouse is simplistic in its design and layout, which is exactly what they wanted. Slipstream focuses purely on the taste and quality of its brew and it’s sure to be an experience you won’t forget. This beer may have flown under your radar, but it’s definitely grabbing the attention on the locals in and around Brisbane’s north. Slipstream focus solely on crafting only timeless, quality beer made their way and it certainly shows. There is nothing outrageously fancy or over the top, just true-blue brew. There is a sense of wholesome Australian charm to what they do, and we can’t wait to see what they’ll come up with next.

Range Brewing has such a sense of creation and exploration within their work, it feels like someone left a kid in a candy store. With the motto ‘forever exploring, forever evolving’, it’s hard not to be impressed with the level of ingenuity they have incorporated into their range of ales. Each brew is as satisfying as it could come – with every beer feeling so distinctively different from another. Enjoy a hazy modern IPA or a double fruited sour ale as you kick back, relax, and soak up the ambience at Range Brewing.

Looking for other things to do this summer? Riverbar and Kitchen has turned into ‘Pool Bar’ for the month of February! 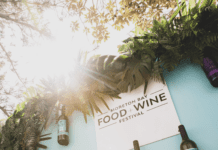 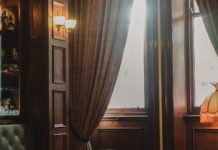 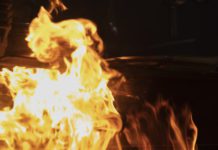 Pop Down to Bulimba for this Beguiling New Pop Up