Four beers, four hops, are you up four the challenge? 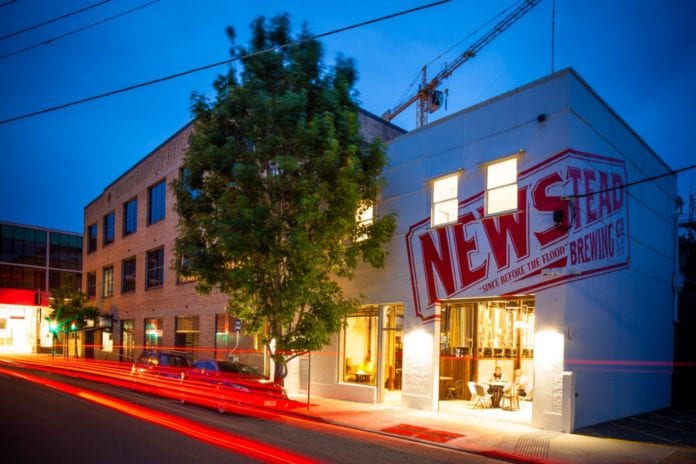 It’s pretty safe to say that there is no better feeling than the crisp taste of a limited-edition brew coating your insides while chowing down on a pub feed with your best mates. Well, the team at Newstead Brewing Co. are delivering that exact experience with their Humulus Olfactory Project this November!

The word ‘humulus’ meaning hops and ‘olfactory’ meaning sense of smell, this limited-release project is a true test of your senses (and beer knowledge)! As part of Newstead Brewing Co’s Humulus Olfactory Project, a handful of venues across Brisbane will be pouring four super-secret and super-limited pale ales and punters are even encouraged to ‘guess and win’ the hop. Now you may be asking yourself, ‘where can I get my hands (and mouth) on these super-limited, super tasty brews?’ Well, look no further than Fortitude Valley’s favourite watering-hole, Tippler’s Tap.

The four limited-edition beers will be on tap from Friday, November 13 until supplies run out – so get in quick! This project isn’t for just the regular ol’ beer sinker, each of the four beers uses hops from some of the world’s biggest and most unique growing regions. The hops take centre stage, in what we can only describe as a pale ale lover’s dream come true.

“When Mark first approached us with the release we knew it was something we wanted to say yes to. Newstead Brewing is always a hit on the taps here, and the ‘guess and win’ is a big draw-card for those true craft connoisseurs among us… besides, the more obscure or hard to get the beer, the more we want it.” Nick Maschke, Tippler’s Tap Venue Manager, says.

Each of the four limited release beers comes with a scannable QR code for drinkers to head to the website and guess the hop region. The prize? Apparently, that’s secret too. But Nick says, “Hopefully more beer.” Brisbane’s craft beer scene has only gone from strength to strength. The original Newstead craft venue, Tippler’s Tap, is now located on James St, just off the corner of Arthur. Click here for more information about Newstead Brewing Co’s Humulus Olfactory Project.

With all of the fun festivities of the silly season in full swing, we know how easy it can be to splurge...
Read more
Food & Drink

Get ready to pour it up, Brisbane because Warehouse 25 is here to lift your spirits as they open their distillery doors...
Read more
22,921FansLike
103,143FollowersFollow
2,948FollowersFollow